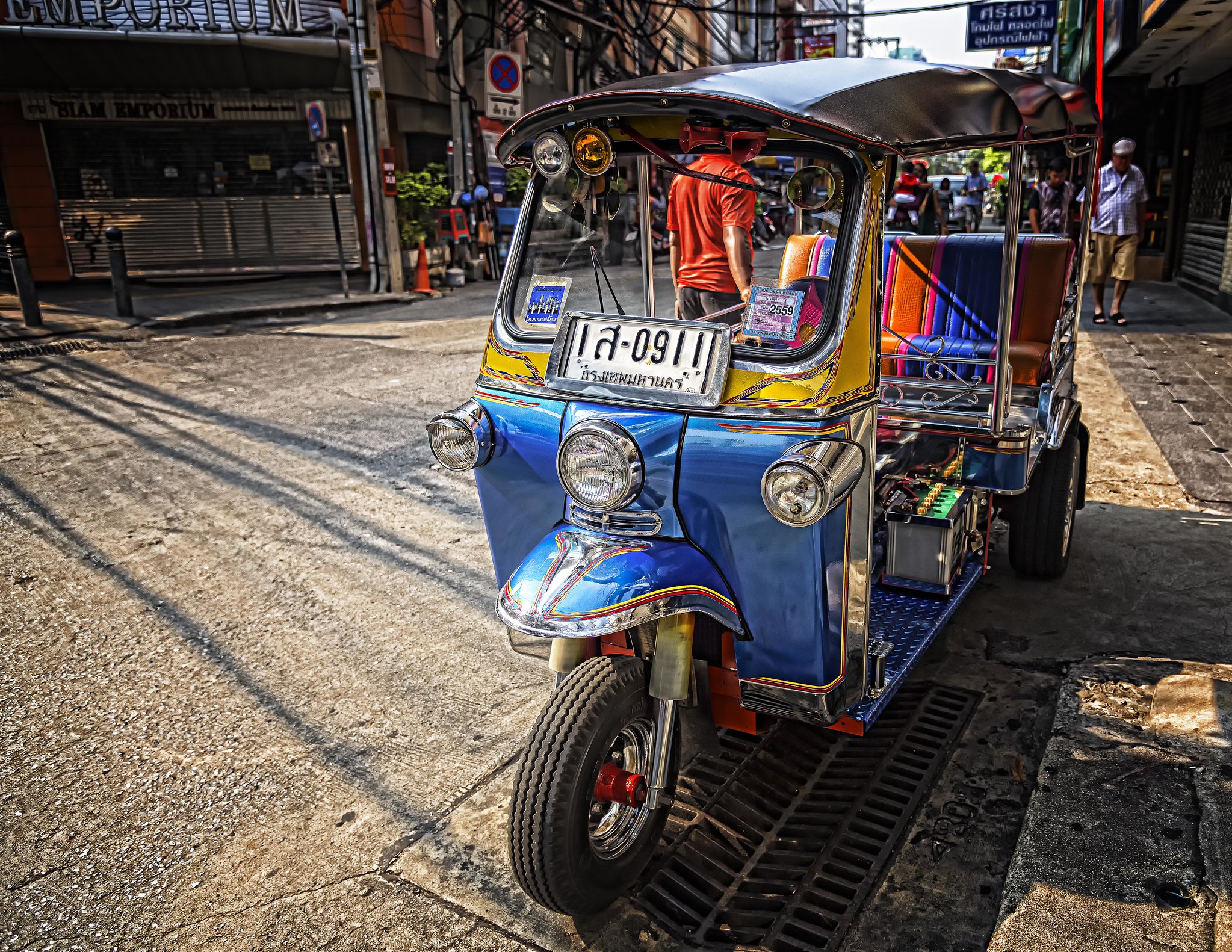 Tuk-tuks will soon be roaming the streets of downtown Stillwater.

Stillwater resident James Cashman told the city council that he hopes to bring tuk-tuks — electric, three-wheeled rickshaws that are popular in Southeast Asia — to downtown Stillwater next month.

Cashman told the council he plans to bring one tuk-tuk to town in June, with the hopes of adding a second tuk-tuk into service downtown by next year.

From April through October, E-TUK MN drivers would offer free rides and mini-tours all over downtown Stillwater, Cashman said. The plan to is to generate revenue with tips, donations and advertising.

The tuk-tuks could be used as a courier service and passenger shuttle — possibly citywide if they perform well on hills — to and from homes, apartments, businesses, hotels, marinas, restaurants, parking spots, bars, boats, churches and event centers.

“eTuks define a good time,” Cashman said. “They have a captivating appeal that instantly turn heads in wonderment and produce a desire to want to hop on to ride, and/or participate as an advertiser or sponsor. Most riders will likely experience exuberance and a heightened sense of wellbeing that can turn a bad day into a good day, maybe even a great day.

They seem to naturally enhance and uplift your love of life and make everything seem better, at least for the moment.”

The state of Minnesota considers tuk-tuks motorcycles, so they are street legal.

To make the idea a reality, Cashman requested that the council allow him to rent two parking spots downtown for the tuk-tuks, similar to the spaces used by the BierCycle and trolleys.

The Stillwater City Council loved the idea of Cashman’s tuk-tuk service, but denied his request to rent public parking spaces for the vehicles.

“This is an absolutely brilliant idea,” Stillwater Mayor Ted Kozlowski said. “I want to see these things all over downtown.”

Kozlowski noted that in cities where he’s seen tuk-tuks in service, they are constantly moving people around, so he didn’t see a need for a reserved parking space.

“I don’t see the need for a dedicated spot,” Kozlowski said. “I’d assume these things will be moving all over. There’s always going to be a spot where you can park this thing.”

Council Member Tom Weidner suggested that Cashman approach downtown businesses and work out a deal to use their private parking spaces.

In the future, Stillwater could support three or four tuk-tuks, Cashman said. Riders will be able to flag down drivers or arrange for pickup via a smartphone app.

“The idea of using these to shuttle people around from hotels and shuttle drop off areas could really cut down on traffic congestion and parking downtown in the future,” Council Member Mike Polehna said. “I think this is a great idea that could be really good for town.”

Stillwater Current is on a mission to spread local news.

If you like what you see, try our daily email.